South African-founded cryptocurrency Luno has assured its investors that it’s not sinking any time soon because of debt. The announcement comes following threats of a lawsuit against parent company Digital Currency Group (DCG) and sister company and lending partner Genesis Global filing for bankruptcy.

He said they continue to hold customer funds securely, and those funds remain accessible to customers at any time.

“Most importantly, Luno reiterates that irrespective of how Luno as a business is funded, customer funds are always segregated from corporate funds,” said De Wit.

He referred to Luno’s recently-released proof-of-reserves report, which he said confirms they hold all customer cryptocurrency on a 1:1 basis.

Genesis announced late Thursday evening that it filed for bankruptcy. This followed reports earlier in the dayciting anonymous sources that it was gearing up to do so.

Genesis is the latest casualty of a bruising “crypto winter,” which saw the Terra blockchain ecosystem’s collapse (and rebirth) and the fall of major centralised cryptocurrency exchange FTX.

Luno is a sister company to Genesis, which it also used as a lending partner for its Savings Wallet product.

In essence, Luno would entrust Genesis with lending out customers’ cryptocurrency to generate yield, paid to clients as monthly interest.

Buying and selling cryptocurrency on Luno uses its standard wallet, not the Savings Wallet feature.

Regardless, Luno took steps to insulate itself and its customers from Genesis’s implosion in November.

As a result, when Luno halted its Savings Wallet product two weeks after Genesis halted redemptions, it could return all customer funds.

This is in stark contrast to Gemini, the major cryptocurrency exchange founded by Cameron and Tyler Winklevoss. 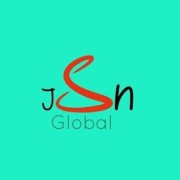 Stay Away From Them! Education Insurance Policies Are Bad Investments And Here's Why

Kua Mjanja 2023! 6 Reasons Why You Should Not Quit Your Job To Start A Business

Kua Mjanja 2023! 6 Reasons Why You Should Not Quit Your Job To Start A Business

Stay Away From Them! Education Insurance Policies Are Bad Investments And Here’s Why

Market Cap Watch: How Can You Transform Ksh 2,500 Into Millions?